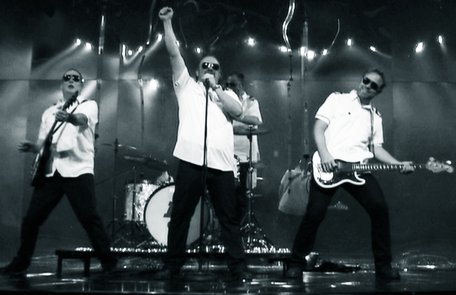 Rave On: Power-pop is alive and well

All the way from Sweden come Private Jets, whose Jet Sounds (wink, nudge) on Sparkplug Records is a spectacular distillation of bands such as Jellyfish, The Cars and The Beach Boys. A dozen glorious, sing-along tunes laced with perky synthesizers, shiny harmonies and punchy guitars all add up to another release that deserves to be heard by many. Random thoughts on this one: Ringo Starr should cover “Starshaped World;” “Speak Up, Speak Out” recalls “Ain’t That a Shame;” the dorky lyrics to “First Division of Love” add to the song’s charm; and “I Wanna Be a Private Jet” is the finest musical self-reference since Prince’s “My Name is Prince.”

How Swede it is! These Swedish retro power-poppers are back as well, following up their debut EP, and it's a delight. Of course the comparisons to other Swedish poppers like The Merrymakers and The Tangerines are in order, but they also have a more classic, British-sounding 60s vibe (fittingly they played IPO at The Cavern Club this summer). "I Wanna Be a Private Jet" enthusiastically gets things started, while "Speak Up, Speak Out" channels "Ain't That a Shame". Elsewhere, "Starshaped World" is vintage, sunshine-y pop, and "First Division of Love" lays on the sports metaphors to a jaunty love song. Chances are if your hairline's receding like the band members on the cover (like mine), you'll be loving this one.

Swedish power pop has a great rep. Bands like Private Jets merely confirms why. Believe me, listening to this talented quartet, will leave you with a sugar rush. Throwing in every pop cliche in the book, from show tunes to Jellyfish riffs, enveloped with high-octane harmonies, toe-tapping rhythms, sensual chord changes and sweet sweet tunes, Private Jets don’t give pop junkies much of a chance of losing the habit. And the Beach Boys references are not limited to the album title - I mean, The Fire Academy contains jazz vocal arrangements that Brian Wilson himself would be impressed with. Elsewhere, you will catch the McCartney inflections (Jet!) on tracks like I Wanna Be A Private Jet, Speak Up, Speak Out and Starshaped World. If you’ve got the McCartney/Wilson camp on your side, chances are that the pop underground will adopt you as its own. Beyond that, I don’t know but anyone with a sweet tooth will find it hard to resist Jet Sounds.

Cleared for take-off. Classic Swedish power pop in the mold of The Merrymakers and Beagle for fans who have been missing it, The Private Jets have the sunny harmonies and sweet melodies with plenty of guitars and keyboards. The twin brothers Erik Westin and Per Westin have simplistic approach that can’t fail to hit the sweet spot with anyone who has a liking for power pop. Influences are clear here in the opener "I Wanna Be a Private Jet" - the bouncy beat resembles the Rubinoos. The follow up "Extraordinary Sensations" flirts with ELO and The Hudson Brothers, and "Speak Up, Speak Out" mines The Beagle sound perfectly. "Starshaped World" is a dead ringer for a Jellyfish composition (Should Roger Manning Jr. sue?). Some guitar riffs start to resemble Queen or Sweet, and the dual nature of "Fireman for A Day" and "Fire Academy" combines the poppiest side of The Move with Beach Boys chorals. Even "Hayfever" is a basic Beatlesque song that sounds lifted from a Spongetones album. It's hard to find a bad song on the disc, although you could say these songs sound almost too familiar for the die hard fan looking for something new. And after a few listens, some tunes are missing that hook to bring the album into excellent territory. That said it's an very good album and belongs in your collection without a doubt. "Jet Sounds" breaks the sunshine pop barrier.

Very much classic Swedish power pop in many ways as they pull out the stops with mining such 90s Swedish faves as Beagle (lots of inspiration from this band!) and Stonecake and fans of Chewy Marble will love Private Jets, as well. ”Boasts mellifluous strength, sumptuous chord changes, classy studio work and divine harmonies – power pop splendor to the nth degree!”.- PowerOfPop. This is a fully melodic, happy `n high-charged tune-fest. Rich guitar tones, solid keyboards holding down the fort and a refreshingly different approach to the genre that Not Lame is so obsessed with. The Swede-pop styled harmonies are a balm to all our pop senses with their uplifting refrains. The intent is pure here, that is clear--which makes this debut all the more charming and exciting. They blend a cool, crisp, calculated edge to their pure pop influences to create a powerful, arguable masterpiece in the genre of sunny pop. EXTREMELY HIGHLY RECOMMENDED!

WOW! An absolutely brilliant, Brit-inspired pop full-length that more than fulfills the promise shown on their 2002 debut EP! The critics gushed over it stating - "Boasts mellifluous strength, sumptuous chord changes, classy studio work and divine harmonies – power pop splendor to the nth degree!” - Power of Pop.com There's no reason that we can swee why they won't be heaping praise on this one as well. This is upbeat and chirpy, late 70's/early 80's Brit Pop at it's very best - think 10CC, Pilot, Liverpool Express, and The Maisonettes and you get a real good idea of what's here! Full of sweet, hook and harmony-filled pop gems! In case you're still asking yourself - "Can they really be that pop?", at a recent IPO in Liverpool, IPO head honcho David Bash (who knows great pop) had them play an added third set during the festivities - not something many bands get the privilege to do! "They have a simplistic approach that can’t fail to hit the spot with anyone who has a liking for uncomplicated guitar pop ditties.” - Scootering Magazine "Remember 'back in the day' when there were lots of great singles being released by a lot of great known and unknown English guitar/piano-led bands? Some of whom never ever even released a full-length? Well, that's where Private Jets whisk me to!" - Max Humphries COMES WITH A BONUS DISC - THE AFOREMENTIONED "A FOUR-LEAF CLOVER IN E MAJOR" EP - which we enthused about stating - "A brilliant debut EP by one of Sweden’s purest popsters! Stop with the tease – we want a full-length!!! Queen, Beach Boys and Jellyfish elements abound in these 4 slices of pop bliss!" The tease is finally over! Can't say enough about this one!

Six years after their brilliant debut EP, the Private Jets full length follow-up has finally touched down and it doesn’t disappoint. The Westin Brothers have crafted a dozen short and sweet purepop nuggets that fans of The Merrymakers, Jellyfish and The Beach Boys will adore. 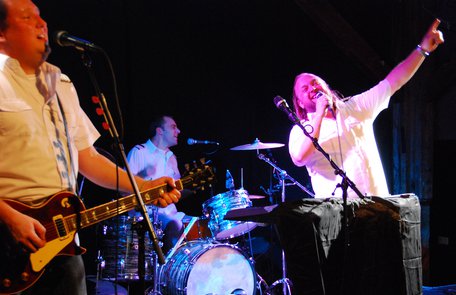 What IS it with Sweden and great pop bands who sing their hearts out. Well, Merrymakers fans, listen up. The ’makers may be on indefinite hiatus, but Private Jets will do just fine, yes indeed. Pop fireworks all over, exploding, sharp riffs, totally and forcibly memorable melodies! File under Magical Power Pop Sensation! Hugely soaring multi-layered harmonies, 12-string guitars, keyboards and a passion for re-creating all styles of sunshine/vocal pop no unduly influenced by Wilson-esque arrangements. A very exciting new band whose full CD we anxiously await. In the meantime, you just can’t beat this…

Brilliant debut EP by one of Sweden’s purest popsters! Stop with the tease – we want a full-length!!! Queen, Beach Boys and Jellyfish elements abound in these 4 slices of pop bliss!

Mixing sixties pop ethics with jangly West Coast influences, Private Jets, with their tight vocal harmony, has a simplistic approach that can’t fail to hit the spot with anyone who has a liking for uncomplicated guitar pop ditties.

Private Jets are a fun-loving Swedish quartet that would certainly appeal to lovers of the Beach Boys, ELO, Queen, Jellyfish, Sun Sawed in 1/2 and countrymen The Merrymakers. This 4-track EP boasts mellifluous strength, sumptuous chord changes, classy studio work & divine harmonies – power pop splendor to the nth degree! As long as you can ignore lines like "My heart is beating like Keith Moon" -- shouldn't be a problem as songs like "Magic," and "Target in my Heart" will melt down any resistance in no time.